She had no tattoos when she left him. Just white twenty-two-year-old skin. It wasn’t her skin, necessarily, that he thought about while at the gym or when eating at a Chinese restaurant or when pumping gas at the station off Santa Monica Blvd., where homeless men with brown paper bags offered to clean his windshield for a dollar. But he missed touching her skin. Not missed—ached—from its absence. The ache compelled him to drive up to Portland and plead with her to come back. Actually, he only made it as far north as Monterey—his bold, Dusty Hoffman gesture thwarted by a faulty carburetor. Then the ache turned to anger. So he burned her letters, tossed the photos, and pledged to forget her. And he did.

Now ten years later he sat on her sofa. She’d loosened her blouse and his eyes locked on the butterfly tattoo on the nape of her neck.

“You have five tattoos?”

“Yes, I know, crazy. I thought I was immortal. I have to wear these long sleeves at work,” she said, lifting both arms.

Her arms: that’s not where his mind went earlier in the evening at the art gallery when she first told him of her tattoos. He pictured a “tramp stamp” on her lower back; they peek out above blue jeans when young women bend over. Do these women realize that men inevitably think, Oh, that’s what I’d be looking at if I were fucking her from behind?

He hadn’t recognized her at the gallery. He did notice a woman with cropped black hair watching him with unusual interest as he circled the room. But when she approached him and said—“Andreas, it’s me. Stacey.”—it took a moment to register.

The years had hardened her. She looked more militant, like she’d been practicing martial arts. And her chest, before so full, was flattened; her weight had shifted down to her muscular legs—once an apple, now a pear. All-black attire augmented her stern appearance; slacks and a blouse tightly holding her body, even the butterfly covered. She stood rod straight, laughed only once, and neither smiled or moved when Andreas pinched her sleeve and said, “Are you going to show me your tattoos?” But when he said goodbye and tried to break away she dragged him into a cab, insisting that he join her at her Pacific Heights apartment for a drink (“Leave me? No, no—I insist!”).

She leaned closer to him on the sofa. “It’s good to see you again, Andreas.”
“It’s nice to see you as well.”

She rose, went to the kitchen and called back, “More wine?” They had already finished a bottle. “Is red again okay?”

“Fine.” He reached over and lifted a framed photo off the coffee table: black and white, Stacey and a man hand-in-hand on a beach.

She returned and refilled his wine glass. “Oh—that’s him. We still haven’t set a date, but the plan is sometime next spring. Or summer, perhaps.”

“Do I love him? What a question,” she said. She sat down again, poured some more wine in each of their glasses and took a sip from hers.

For years he had fantasized of one day meeting Stacey again. It played out like a movie: Andreas bumping into her at a bar or restaurant, a leggy blond on his arm. They’d talk only briefly, pleasantly, and he would say something like, “The years have been good to you, kid.” And then Andreas and the blond would continue on to the opera, or a Springsteen concert, or some other sexy venue.

“Does it matter?” Stacey continued.

“Okay…then just be happy for me.”

He took his glass to the window and looked out. Perhaps some wounds remain open. Outside there was a yellow metal balcony, a fire escape. He supposed she had a view but he couldn’t see it; fog had rolled in covering San Francisco like white cake frosting. He could just make out the street below, catching glimpses of red taillights from passing cars. He took a healthy swig, then shifted the glass to the other hand and swirled the wine for a minute. It felt heavy, awkward, so he held it with both hands.

“I’m surprised no one’s scooped you up,” she said.

“I told my fiancée that you prepared me for him. My only other nice guy.”

“How could you just leave?” he asked. “Just tell me that. One day you’re there and the next you’re gone. Just gone.”

“You knew I was going to leave!” she said, surprised and agitated. “That was always the plan. You changed the agreement, and…I just couldn’t handle it.”

It was true: he had changed their agreement. He knew she was going to leave. He even helped complete her grad school applications—stretched out on the futon in her bedroom; her parents asleep down the hall. They’d listen to David Bowie CDs. But one night, after she returned from a weekend retreat with some of her new-age friends, Stacey said:

“They told me my third-eye is wide open. I know your eye is shut.” He took this as a signal to propose, his third eye clamped closed.

But that was then. Now across her living room Stacey said, “It was so long ago, ten years. Can’t we just leave it in the past?”

“I do have something for you,” she said, and walked to the bedroom.

He walked back to the coffee table and picked up the photo again. Stacey and her fiancée were standing ankle-deep in water and looking out toward the sea as the sun set. Andreas felt nothing but he wondered who had taken the picture. Then he punched it, right at the head of Stacey’s fiancée. It was just a little pop, but strong enough to break the glass. There was now a white dot at his face and cracks extending around it.

“I wrote you a letter!” she yelled from the bedroom. She paused, waiting for him to respond. But he stayed quiet, trying to determine what to do with the photo.

“Actually, I wrote you a number of letters—drafts. Honestly! I wanted to explain myself. I just didn’t have the courage to mail them.”

Andreas took the photo over to the window. He considered sliding the window open and throwing the picture out, but it occurred to him that she would hear and ask him what he was doing. And, besides, he might accidentally hit a car, or worse, someone’s head.

“I’m just having trouble finding it,” she called again. “It’s a little on the mushy side, so I keep it hid. I was so young…a-ha!”

He heard a drawer slam shut in the bedroom so he re-took his seat and rested the picture on his lap. As she approached he held it up saying, “I’m sorry. I accidentally knocked this over.”

She looked at the photo, then at Andreas and said, “It didn’t fall, Andreas. Your hand—it’s bleeding.” A pause, then, “This was a mistake. I want you to go.”

But before he could move toward the door Stacey led him to the bathroom. She ran warm water in the sink, took a bar of soap and washed his hand. The cut was small, on the knuckle, without much blood. She opened a mirrored cabinet and pulled out a box of band-aids, which she handed to Andreas with a towel. “Here, finish-up. Then I think it’s best if you leave,” she said, and walked out.

Andreas sat down on the toilet and dried his hand. The cut had stopped bleeding so he just placed the band-aids on the sink. And when he did he saw the letter lying on the counter—yellow lined paper, folded in two places, looking a little weathered.

He wasn’t sorry he’d broken the picture, and he was glad to be alone, even if it was in the bathroom. He just sat on the toilet for several minutes rubbing his knuckle and looking downward. If he hadn’t met Stacey tonight he’d likely be home now finishing dinner or maybe at the gym. He had gone to the art gallery to buy a painting, just a small piece, perhaps a still life or a watercolor. Once Stacey appeared he considered buying something outrageous to impress her, but in the end he left with nothing.

It was a large bathroom and he walked over and shut the door. The walls were lined with more photographs. They looked like vacation pictures: the Eiffel Tower, Grand Canyon, ski slopes. But there was also one photograph that he remembered taking: Stacey in it, sitting on a picnic table at a fish restaurant in Malibu wearing tan overalls with pant legs that stopped mid-thigh. They had spent the day at the beach, swimming, baking in the sun; she slipped the overalls over her still damp suit. Wasn’t it odd that she kept that picture? Even now, if he happened to be eating at a place that served fish tacos, he thought of her in those overalls.

He sat down on the toilet again and read the letter. Not read, really, just skimmed it catching phrases like: “I’m confused,” “my first love,” “we’re both so young,” “I do love you.” She had drawn a smiley-face at the top of the paper. One night, weeks after she left him and moved to Portland, after he had been out getting drunk with his friends, he left a rambling message on her answering machine. The next morning he wished he hadn’t.

He had been in the bathroom for over 20 minutes and he supposed she would be wondering what he was doing. He flushed the toilet and then ran the water in the sink. As he walked out to the living room he saw Stacey’s empty wine glass on the table, but she wasn’t there. Was she just going to let him walk out? He moved toward the front door and walked past the kitchen where he saw her standing by the sink. She didn’t look up, but he knew she saw him, so he approached her. Her head was down.

“I’m going,” he said. He suspected this would be the last time he ever saw her.

They walked together to the front door but just before they reached it Stacey squeezed his hand and said, “I thought you wanted to see my tattoos.”

As they moved back into the apartment, even before they embraced, Andreas felt both anguish and regret. 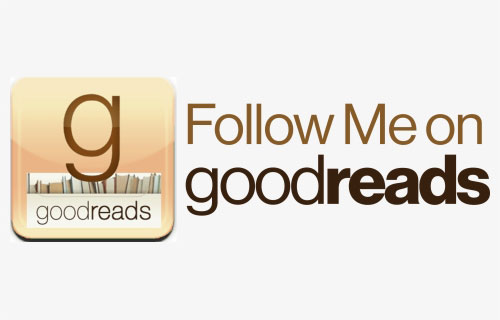